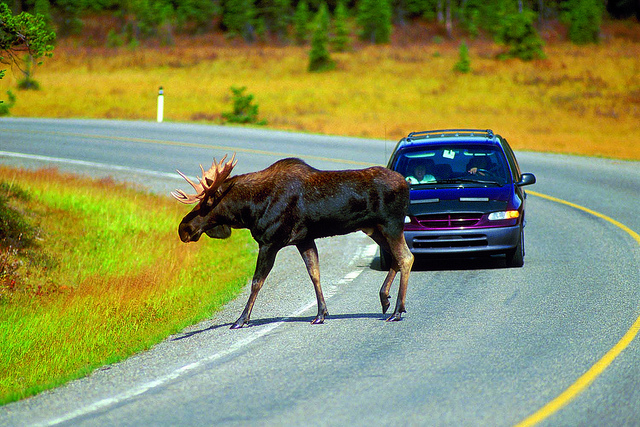 The advent of urbanization began with the use of waterways for transportation of goods and people. Next came the construction of railways. Today, roadways are the most prevalently used and have been on a sharp rise since the Second World War. Increasing the mileage and expanse of roadways signified a developing world. This made access from city to city easier, being able to transport greater amounts of goods quicker and more conveniently than ever. Along with the highway construction came mall construction and so on. The development of the greater Toronto area and surrounding cities can be attributed to the construction and expansion of the highway 401. The new era of transport via fossil fueled vehicles greatly increased the economy and encouraged the emergence of a consumer society. However, the effects of laying down new roadways has severe consequences to native wildlife.

The downfalls of urbanization on wildlife include but are not limited to:

–        Introduction of roadside pesticides which end up in herbivorous animals’ diets

–        Increase in number of scavengers roadside due to road kill

–        Local extinction of certain species that are intolerant to habitat loss

Moreover, fuel exhaust expels unsafe metals such as lead into surrounding roadside environments. High amounts of lead and other metals have been found in excessively high amounts in worms and small rodents found roadside compared to animals found inland. Some animals such as wolves will actually use the cleared highways for easier travel, especially in the winter time. Squirrels, deer mice and chipmunk populations may be genetically limited by wider highways, keeping populations separate and reducing the breeding pool. They have been known to cross 2-way highways, but with widening highways to 4 lanes, these animals tend not to travel across the road.

Hope for the Future 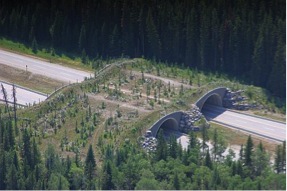 It is evident that our dependence on road travel will be difficult to vanquish. We will all have to be a part of the solution. If you notice wildlife on the side of the road that have been injured or killed please call a wildlife control company, which will remove the injured wildlife or road kill and as a result prevent other animals from approaching the highway.
There are also efforts being implemented to reduce road kill and habitat fragmentation by the introduction of wildlife corridors. These corridors allow habitats to be connected so that animals are not separated from each other to allow breeding and continuity. They also help to decrease roadside mortality by allowing a safe path for animals to cross highways and avoid dangerous vehicles. Although this implementation will not eradicate the many negative effects of urbanization on wildlife, it is a step in the right direction and is evidence of humanity’s growing consciousness of its effect on mother earth.